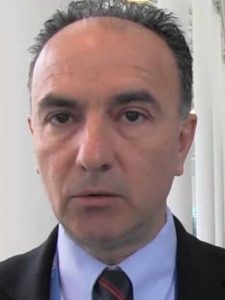 Giovanni Addolorato, M.D., joined the Faculty of the Medical School of the Catholic University of Rome in 2001. He is Professor of Gastroenterology and Hepatology at Department of Gastroenterology and Endocrino-Metabolic Sciences, Catholic University of Rome. He is the Director of the “Alcohol Use Disorder and Alcohol Related Disease” Unit at the Catholic University of Rome, and senior consultant of Internal Medicine, Gastroenterology and Liver Diseases also at the Catholic University of Rome. His research is focused on the pharmacological treatment of alcohol dependence, with a particular emphasis on the role of GABAergic medications. In 2002 he obtained a patent for a useful new drug in the treatment of alcohol addiction. He has also investigated several clinical aspects of chronic alcohol abuse, including nutritional and metabolic disorders, alcoholic liver disease and alcohol-related gastrointestinal disorders. He has organized and managed several multicenter studies the results of which have been published in peer reviewed journals. He has lectured at several international meetings and received numerous prizes. Dr. Addolorato’s scientific publications include more than 220 publications in peer reviewed journals such as The Lancet, Molecular Psychiatry, Journal of Hepatology, American Journal of Medicine, American Journal of Clinical Nutrition, American Journal of Gastroenterology, Journal of Internal Medicine, Alcoholism: Clinical and Experimental Research (Impact Factor: 819; H index: 40). He is associate Editor of “Alcologia: European Journal of Alcohol Studies” and member of the Editorial Board of “World Journal of Gastroenterology”, “Alcohol & Alcoholism”, “European Addiction Research”, “Journal of Addiction”, “Journal of Alcoholism and Drug Dependence”, “World Journal of Hepatology”.