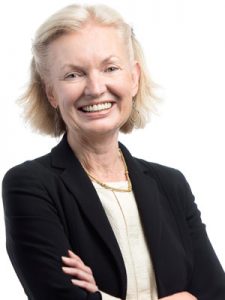 Countess. Antoinette D’Aspremont Lynden is visiting Professor of accounting and financial analysis at the Political Science Institute in Lille.

She graduated from the Facultés Universitaires St Louis in Brussels as a Bachelor in Economics (1969).  She holds a Master of Science degree in Operations Research from the School of Engineering of Stanford University in California (1971) and a Doctorate in Applied Economics from the Catholic University of Louvain (UCL) (1984).

She was visiting Professor at the University of Olomouc, Czech Republic (2009 – 2011), Professor at University Charles-de-Gaulle Lille 3 (1990 – 2010). Between 1973 and 1990 she held various positions at Banque Bruxelles Lambert in Brussels after beginning her career in quantitative methods consulting in Palo Alto, in California.

She is the recipient of a number of awards including the Gold Award from the International Foundation for Computer Education in Banking and Finance (1989).

She was elected a member of the ERAB Board of Directors on 15th February 2016.