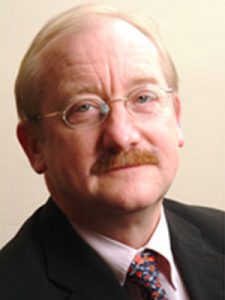 David Long retired in 2010 after 37 years working for the brewing industry.

In 2011 he was made a Member of the Order of the British Empire (MBE) in the Queen’s 2011 New Year Honours List in recognition of his services to the hospitality industry. He was also honoured in 2010 with a Lifetime Achievement Award from the All-Party Parliamentary Beer Group, the largest cross-party interest group in the UK House of Commons. In 1998 he was awarded the Laurence Bishop Medal by the Institute of Brewing and Distilling for food safety management.

He was awarded a PhD by the University of Sheffield (1975) for research in the field of plant pathology. During his career he worked at the Brewing Research Foundation (now Brewing Research international) and the British Beer & Pub Association where he was Director, Brewing  from 1995.  Prior to his retirement he was also acting chief executive of the Association. He currently provides consultancy for the brewing industry.

David was one of the first members of the ERAB Board of Directors and served as a full industry member from 2004 until 2010. After his retirement he was elected an Honorary member and continues to support and help ERAB.