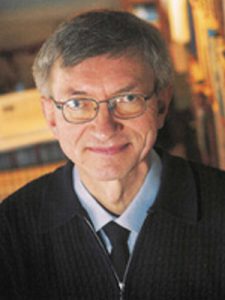 Danish-born Erik Skovenborg qualified as an MD in 1971. After five years in hospital training he entered General Practice in 1976 from where he developed a life-long interest in the health implications of drinking and health culminating in his becoming a member of the AIM Editorial Board from 1992 and a founder member of the Scandinavian Medical Alcohol Board (SMAB) in 1994. Two years later he chaired the international Health & Alcohol Symposium in Copenhagen and was instrumental in organizing the international Women and Alcohol Symposium Stockholm, 1998 and the international symposium Alcohol in moderation – Health and Culture in the Next Millennium, Oslo 2000. Author of “Wine and Health – Myths and Facts” 2000 he has an extensive knowledge of European alcohol-culture, habit and history. A crucial element of his current work involves lecturing the medical profession on the role of alcohol and health, enabling doctors to help people gain a natural, healthy and rational attitude towards their consumption of alcohol.