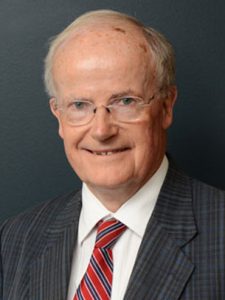 Professor Richard Smallwood is an Emeritus Professor of Medicine, University of Melbourne.

As Professor of Medicine with the University of Melbourne, Professor Smallwood was Head of the Department of Medicine and Chairman of the Division of Medicine at the Austin and Repatriation Medical Centre.  He was also Director of Gastroenterology at the centre, and had over 30 years involvement in the teaching of undergraduates and postgraduates.  He has published over 250 clinical and scientific papers, primarily in the field of the liver and its diseases.  He was President of the Royal Australasian College of Physicians from 1996 to 1998.

In addition to his extensive Australian and international clinical and research experience, Professor Smallwood had a long standing association with the National Health and Medical Research Council.  He was chair of the council from 1994 to 1997 and has been member or chair of several committees.  He was a member of the Australian Health Ministers Advisory Council from 1993 to 1997. He was made an Officer of the Order of Australia in 1997 for services to medicine.

In November 1999 he was seconded to Canberra as Australia’s Chief Medical Officer, a position he held until July 2003. In this role, Professor Smallwood provided support to the Minister and the Dept. of Health and Ageing across the full range of professional health issues, including health and medical research, public health, medical workforce, quality of care, evidence-based medicine and an outcomes-focused health system. He was Chair of the National Influenza Pandemic Advisory Council, Chair of the National Health Information Management Advisory Council and the National Health Priority Action Council.  He also provided consultation and advice on international aspects of health, and in 2000 was a Vice President of the World Health Assembly in Geneva.

From July 2003 until July 2007 he was Chair of the National Blood Authority and Chair of the Ministerial Taskforce for Cancer in Victoria. His present appointments include  Deputy President of the Australian Medical Council and Chair of its Specialist Education Accreditation Committee, and Member of the Boards of the Victorian Health Promotion Foundation, Vision 2020, the National Stroke Foundation and the Murdoch Children’s Research Institute.

In 2006 he was made a Fellow of Trinity College, the University of Melbourne.

He has been an Honorary member of the Board of Directors since ERAB’s foundation in 2003.