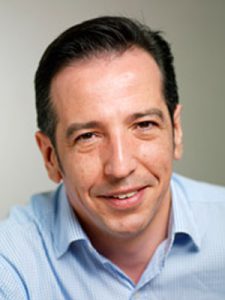 Kieran Simpson was the European Public Affairs Manager for Heineken. He joined the industry in September 2002 as Head of Public Affairs for Scottish and Newcastle plc. Following the takeover of S&N by Heineken and Carlsberg in 2008 he was the Corporate Relations Director for Heineken UK until he took up his current post in 2012.

Kieran had responsibility for issues concerning legislation and regulation in the European Union as well as those in Heineken’s European Markets.

Kieran served as a brewing representative on ERAB’s Board of Directors from 2004 until 2008 and has also been a member of the Board of the International Center for Alcohol Policies, the Scottish Ministerial Advisory Committee on Alcohol Problems (SMACAP) and the Executive Board of the Brewers of Europe.

Prior to joining the industry he was Special Adviser in the UK Government from 1997-2002, working as Adviser to the Government Chief Whip, The Minister for Agriculture, Fisheries and Food, and the Employment Minister. From 1994-1997 he worked in the Labour Party’s Policy Directorate, Opposition Treasury Team and Whip’s Office.

He started his working life as a trainee Mining Engineer with British Coal, studying Mining and Petroleum Engineering at Strathclyde University.