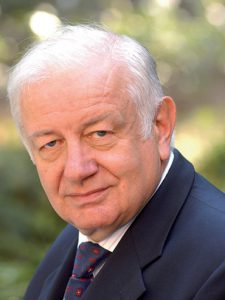 Mr Perron is President of Assobirra. He is also President of the Board of Heineken Italia, a member of the Board of Athenian Breweries and of the Supervisory Board of Brau Union (Austria), a Member of the Federalimentare Board and a member of the Board and of the Executive Committee of the CIAA. He was President of The Brewers of Europe in the period June 2002 – May 2005. He studied for his degree in nuclear engineering in Turin, Italy, and has also undertaken marketing and financial courses. Initially he worked in the car industry and in a consulting company, before joining the brewing industry in 1974 working for Industrie Poretti for whom he became a managing director in 1977. Since then he has worked for several major brewing companies including Union Cervecera and Birra Moretti. He joined Heineken Italy in 1997 as Managing Director and was CEO of Heineken España from 2000 to 2003. He has represented his company in the Italian and Spanish Brewers Associations. He has also been a guest lecturer in the National University in Milan, the Club Antares in Sevilla, and Insead (Paris). He is married with one daughter. He is one of the founder members of the European Research Advisory Board (ERAB) and was appointed an Honorary member of the ERAB Board of Directors in 2006.