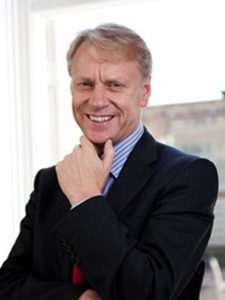 Professor Chris Day is Vice-Chancellor and President of Newcastle University. Previously a Consultant Hepatologist with an international reputation in medical research, he is Vice President (Clinical) and a Fellow of the Academy of Medical Sciences and an NIHR Senior Investigator. He is also a member of the Council of the Medical Research Council.

He was Chair of the Clinical Medicine Sub-Panel for the 2014 Research Excellence Framework (REF) Exercise. He is also a past Secretary of the British Association for the Study of the Liver and the Royal College of Physicians Working Party on the Burden of Alcohol on the National Health Service and was a member of the Scientific Committee of the European Association for the Study of the Liver.

He is an immediate past Co-Editor of the Journal of Hepatology. Prior to his appointment as Chair of Liver Medicine, he was supported for seven years by the MRC for research into alcoholic liver disease. In 1999 he was awarded the Goulstonian Lectureship of the Royal College of Physicians UK, and in 2000 the British Society of Gastroenterology Sir Frances Avery Jones research gold medal.

Chris has been a member of the ERAB Advisory Board since ERABs foundation and he was elected as its Chairman by the ERAB Board of Directors in November 2016.