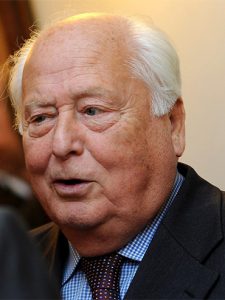 He was one of the founder members of ERAB: The European Foundation for Alcohol Research and the first Chairman of the Board of Directors. In 2009 he passed the Chair to Emeritus Professor Oliver James and became an Honorary member. The following year he was again made a full member in order to lead the Foundation’s Fumd Raising Task Force.

In 2015, he was reappointed as Chairman and served again until the appointment of Emeritus Frans Kok on 15th February 2016.