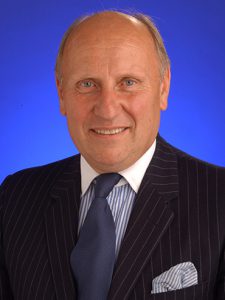 Count Rodolphe de Looz-Corswarem is President of the European Historic Houses Association.  After qualifying as a C.P.A. in Paris, he gained his executive M.B.A. at FUCAM Belgium, and studied languages and economics at Cambridge University. He has many years experience as chief executive officer of subsidiaries of leading multinational groups and latterly he has worked as an association management executive representing major industrial confederations in the EU and international organisations.  He retired at the end of 2009 from the last of these appointments which was with The Brewers of Europe. He was elected a member of the ERAB Board of Directors on 22nd November 2011.