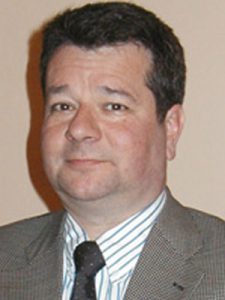 After graduating in Botany and Zoology from the University of Wales, Simon entered the Brewing Industry as a Production Graduate Trainee with Grand Metropolitans Brewing Division – Watney, Mann and Truman.  After spells at Mortlake, Isleworth and Brick Lane he was appointed Production Director at Webster’s in Halifax.  Following the acquisition of Grand Metropolitan Brewing by Courage in 1991 he moved into commercial roles firstly as an On Trade Business Unit Director and then latterly after the acquisition of Courage by Scottish and Newcastle, as Regional Managing Director for the West of England and Wales.  He returned to operations as Customer Support Development Director.  In 2003 he was appointed Production Director at Berkshire Brewery and in 2004 joined Scottish and Newcastle’s UK Leadership Team as UK Manufacturing Director.  He was appointed as Executive Director of the Institute of Brewing and Distilling (IBD) in 2006.  Simon has a particular interest in People Development and skill acquisition and is working to develop the educational and qualification platform of the IBD, such that it meets the needs of the Brewing Industry in the 21st Century.

He was Executive Director at the Institute of Brewing & Distilling  from 2008 until he retired in October 2015.

He became a member of the ERAB Board of Directors, representing the brewing sector, in November 2009.