The by-laws were approved by the Belgian Ministry of Justice under the law of 27 June 1921 on domestic non-profit associations, international non-profit associations and foundations. The constitution of the Board of Directors, made up of a majority of public members and a minority of industry members, follows closely the format of the ABMRF/The Foundation for Alcohol Research.

The original and amended versions in French are available on request to info@erab.org 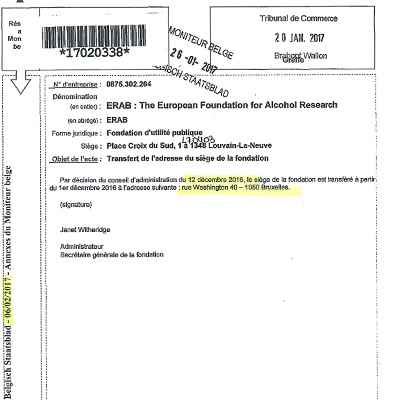 ERAB is a foundation of public utility (a charity), registered enterprise number (and VAT number) 0875.302.264.